What are the implications of Brexit on the food industry?

Brexit will become a fact on 29 March 2019. This is certainly a concern for the entire food industry; not only for food producers, but also for food wholesalers in UK and Europe. Six months until Brexit and the complete lack of a clear path in negotiations are forcing concerns.

Many supermarkets already began stockpiling, a measure not seen since the Cold War. Will the United Kingdom suffer from food crisis or food choice? The possibility of food shortages has become a political issue, as UK ministers are caught up in preparation for possible food disruptions if no deal is followed through. We’ve discussed the impact of Brexit on the food industry with Jolanda de Reus, ERP Consultant at Schouw Informatisering, who deals with the challenges of customer companies in the Fresh Produce industry on a day-to-day basis.

Following Theresa May’s lack of consensus among the Conservative party over a crisis plan with Brussels, the EU has begun to warn of the possibility of failing a Brexit deal. How will the UK and Europe cope after March 2019? Experts in the food industry, among them the farmers, producers and retailers upon whom we depend, do not hesitate to call Brexit a potential calamity with which the British government has failed to engage.

The lack of a deal could mean losses of up to €10 billion. Not to mention new food traffic jams, new controls and more traffic jams every European port. When it’s hard for any food to arrive in the first place, the UK will have to rely on the half of its food it produces domestically. Countries most affected by Brexit include Ireland, France, Germany, Spain, The Netherlands, Belgium, Italy, Denmark, but also US and China.” Considering the uncertain situation of regulations at this time, the precise impact upon the European food industry will be known only in the upcoming years. For the food industry, it would be beneficial if the UK will be part of a free trading zone, but that is still very uncertain.", sais de Reus. 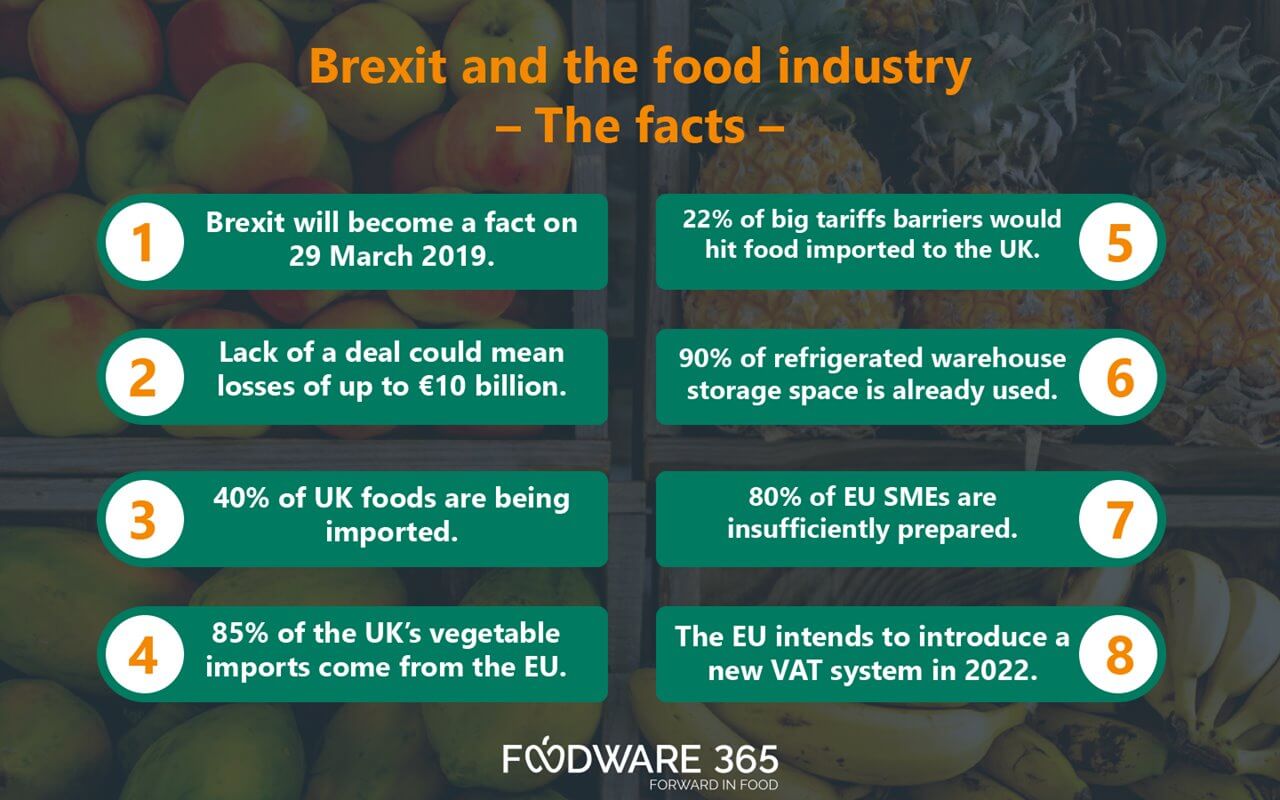 40% of UK foods are being imported and thus food supply chains, especially fresh produce ones, are becoming more fragile. Food retailers and manufacturers insist that a no-deal scenario will create chaos among UK food suppliers. “For the retailers, the supply chain is impacted by longer lead times due to the longer transportation times. This will also affect more costs involved with transporting the goods from and to the UK. Prices will increase due to the costs that will be added to the supply chain. Transportation, documentation, duties are just some examples of elements that will increase the cost price of the goods.", adds de Reus.

This is especially true for the “just-in-time supply” chains, making them unworkable and with increased costs. Red-tape policies and increased delays in deliverability can cause massive impacts on food imports. The UK Government has only a few months to replace the TRACES (the EU Trade Control and Expert System that tracks the entire trade and certificate processes for animals, food, feed and plants) with an alternative IT system.

The future of UK farming

What food will the UK be missing after Brexit? Sprouts, hummus, cheeses? Fresh food cannot be stockpiled for more than a few days, while there is not enough warehouse storage to hold large quantities of non-perishable goods. When floods affected Spain last year, a large portion of lettuce was affected, forcing supermarkets to import from South America. 85 percent of the UK’s vegetable imports come from the EU, with the Netherlands providing the bulk of the UK’s tomatoes and onions, Spain providing most of the cauliflower and celery and France the leading potato supplier. While most of the country’s bananas are imported from Latin America, apples are imported from France and South Africa and Spain provides over half of all mandarins.

According to de Reus: ”As a farmer in the UK, I would not be too thrilled. Many farmers are dependent of export to the EU. If the UK decides to step out of the EU, the farmers should have specific certification to deliver their goods to the EU. Unfortunately, this regulation is not yet in planning, and might even take up to a year for farmers to get any type of regulation act out."

Britain is producing 60% of its own food but that rate is due to decline. Food production levels have come under pressure from adverse weather conditions such as this year’s unusually dry and hot weather. The potential negative aspect of Brexit is targeting UK farmers. The agricultural sector is most concerned with the future Brexit negotiations, mainly the workers, free trade and EU’s Common Agricultural Policy, all critical aspects to the future of agriculture.

In the event of a no-deal Brexit, big tariffs (about 22 percent on average), as well as non-tariff barriers on food that could reach as high as 29 percent, would hit food imported to the UK. Europe is the closest and largest trading partner, making a trading deal a priority over other countries.

Frozen foods and tight margins could become the norm

More than 90% of refrigerated warehouse storage space is already in use in the UK, making margins extremely tight. Supply chains to Europe could become disrupted, increasing the supermarket’s stockpiling strategies. But if there are no lorries traveling to and from the UK, no amount of stockpiling can be solved. The UK government disposed of its last food stockpile back in 1991 – 200,000 tons of flour, yeast, sugar, fat and biscuits intended to feed 40 million people for 60 days in the event of a nuclear attack.

“The food industry will feel the consequences of the Brexit, whether we’ll deal with a hard or a soft Brexit. At the moment, the transportation trucks can easily reach the UK, but this will change when the UK is not part of the EU anymore. More administration and checkpoints will be required. Time is of the essence in the food industry and transportation times will increase this time, leading to loss in revenue. Let us hope for the negotiators will tie the knot on a good deal for both UK and EU which will have as less impact as possible for companies within the food supply chain!”, considers Jolanda de Reus, Fresh Produce Consultant.

Companies should consider how to position their business. The only way to assess the effect is to stay informed of events, progress and particularly of political positions coming from Brussels and from Westminster. Will we see food prices rise? Will work mainly rely on foreign labor? Stay tuned to our channels and find out more about the Brexit developments.

To learn more about Dynamics Food, our integrated Microsoft business solution specifically designed to suit the needs of Food & Beverage distributors, check out our latest e-Book: '8 sure-fire signs that your business software has passed its sell-by date' 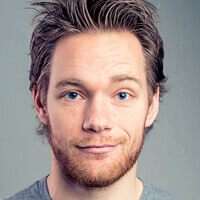